Click on any of the below titles to be sent to Amazon product page for further information and seamless transaction (all titles Prime eligible). 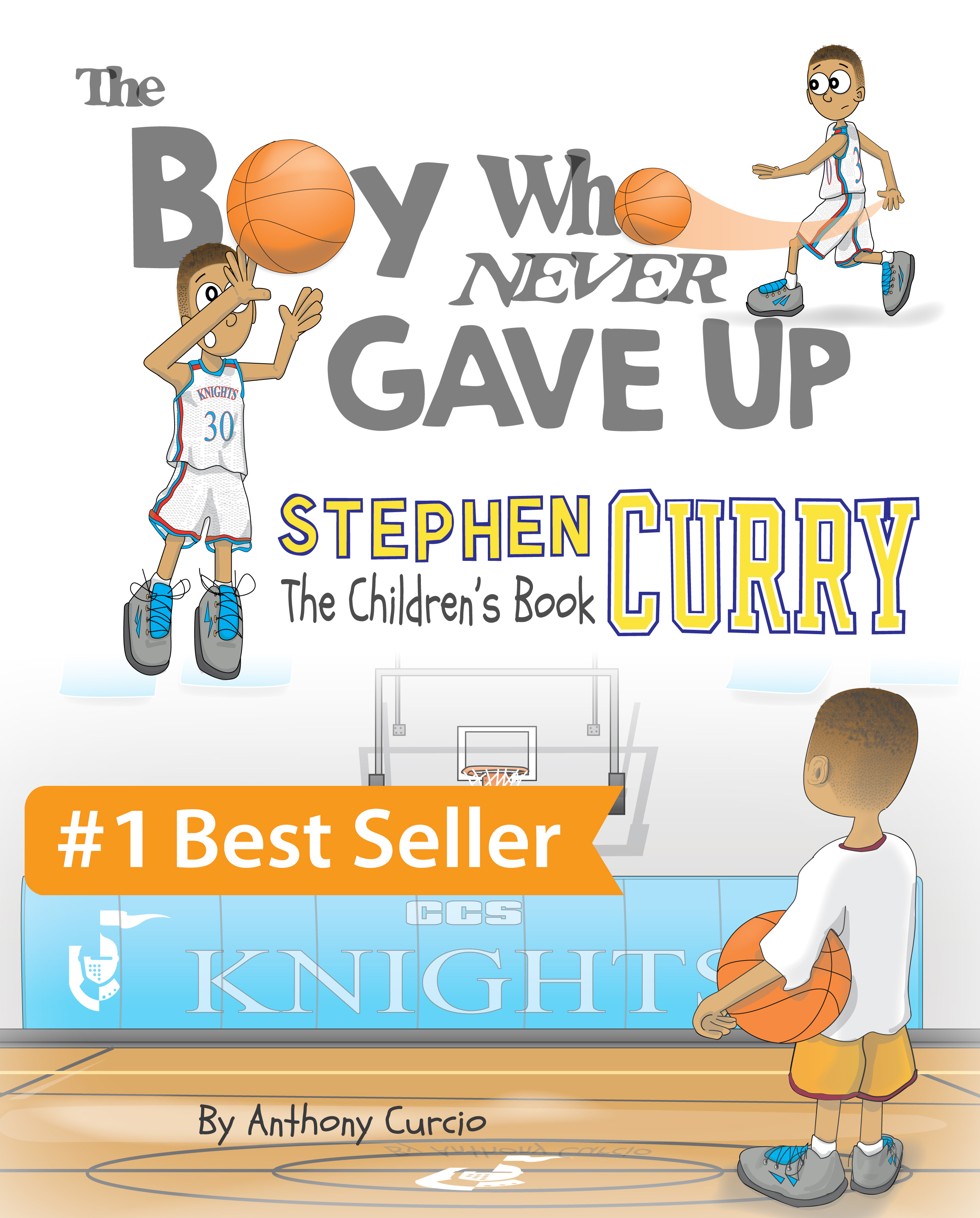 “The Boy Who Never Gave Up: The Stephen Curry Children’s Book” The Boy Who Never Gave Up is the inspiring true story of NBA superstar Stephen Curry. This Fully illustrated picture book biography tells the story of a young boy who many said was too short to play in high school, too weak to play in college and not good enough to play in the NBA. Against all odds, this small boy who follows his dream, not only makes it to the NBA, but becomes one of the greatest players to ever play the game of basketball. Children’s/Kids Picture Book Biography K-3 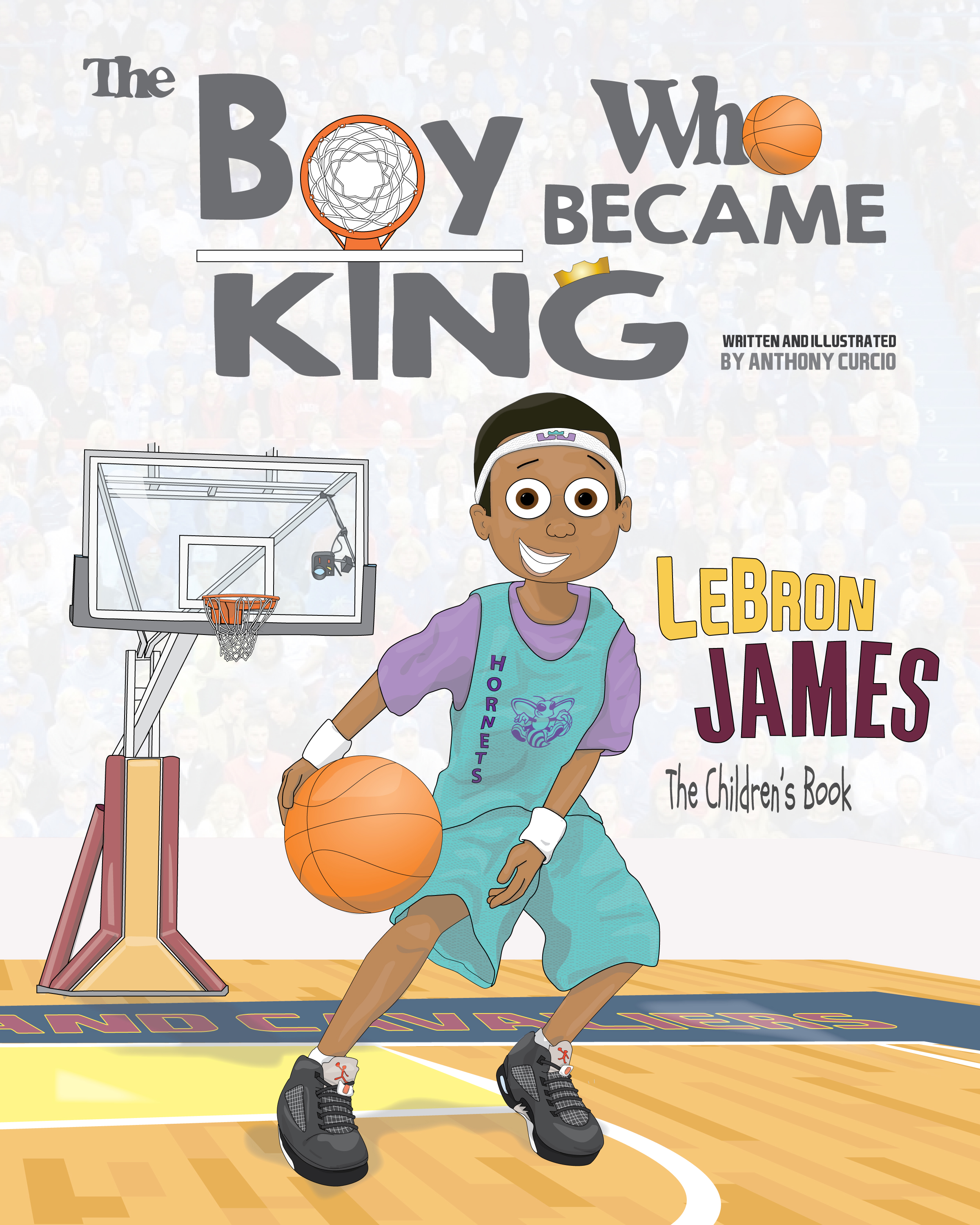 “The Boy Who Became King: The LeBron James Children’s Book” The Boy Who Became King is the inspiring true story of NBA superstar LeBron James. This Fully illustrated picture book biography tells the story of a young boy and his loving, single mother and their struggle to make it on their own. With the help of a coach and his family, LeBron is introduced to the game of basketball. Against all odds, “the kid from Akron” not only makes it to the NBA but becomes a basketball legend who now helps others who are struggling like he and his mother once were. Children’s/Kids Picture Book Biography K-6 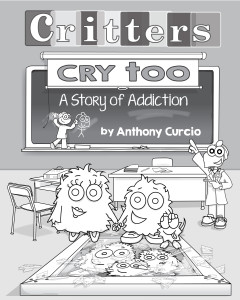 “Critters Cry Too: A Story of Addiction” Critters didn’t need much to be happy, a good game of critterball and doing what they loved to do most, talking to each other, was usually enough. But when Whateveritwas (what Critters called cookies) came, all of that changed. Some Critters stopped talking, stopped playing and stopped being themselves. All they wanted was more Whateveritwas. With a broken heart, Calvin had to do something but there wasn’t much of anything he could do. Following good advice from an obnoxious insect friend and having a loved one to talk to, Calvin learns how to find himself even while some of the Critters he loves were still lost. 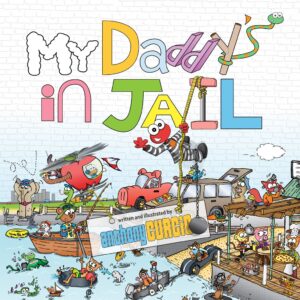 “My Daddy’s in Jail” “Written by an ex-con. Endorsed by PhD’s, school principals and judges. Awesome book with an inspiring message: You are loved and you will get through this.” -BERT BURYKILL, Vice Magazine There are nearly three million adults in the U.S. alone that are in prison or jail. Many of these being parents that leave behind unanswered questions with their children: What is jail? Why did this happen? Is it my fault? Is my daddy (or mommy) bad? Do they love me? My Daddy’s in Jail is a story of two bears who have a father in prison. The book is narrated by a very odd cockroach. 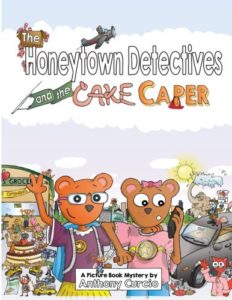 “The Honeytown Detectives and the Cake Caper” There’s not a cloud in the sky as Grammy Bear’s famous gigantic cake is brought out for the grand opening of Grumpa’s Grocery. Honeytown News 5 anchor, Mallory Mallard, is reporting live when suddenly it starts pouring rain from the clear sky above. Luckily, someone left a box of pink rain jackets for everyone to put on, but just as they do, the rain is gone…and so is Grammy’s cake. “I saw someone wearing a pink rain jacket steal Grammy’s cake!” Piggles shouts. The problem is, everyone in Honeytown is wearing a pink rain jacket. Follow the Honeytown Detectives as they search for clues, gather evidence, interview witnesses and narrow down suspects before discovering the true identity of the thieves along with the motive behind this cake caper that utilized a feather, red paint and an elephant to pull off.